What to Do When Stranded at an Airport (Hint: Free Booze)

Soon I will be traveling. So, naturally, the news is plastered with horrifying traveling mishaps.

Horrifying Mishap #1
It comes from Dallas Fort Worth Airport. .

Someone named Larry Chen, and Larry Chen’s friend, became stranded at DFWA (as is prone to happen). To entertain themselves in the nearly empty airport, Larry and his friend (who, yes, has a name but I’m too lazy to look up) drank beer from the deserted bar, banged on airport computers, did lots of hand stands everywhere and just generally ran totally amok.

You know, I suppose this isn’t so much horrifying as it is totally awesome.  Nevermind.

Anyway, nobody seems to know the cause of this mishap but here’s some spokesman-ease:

While we will be experiencing some residual effect on our flight operations throughout the weekend, United is committed to restoring normal operations as soon as possible.

Stranded Cleveland Mon Amour, a photo by Flavio@Flickr on Flickr.

Anyway, a passenger described his residual-y existence this way:

“Workers were trying to answer questions. They have no ability to do anything manually. They can’t check baggage. You can’t get baggage. You are really stuck.”

There will be, of course, even more and more mishaps as I inch closer and closer to my own airline travel.  It will be a giant pile-on of psychological torture.

Wonder how I can hitch a ride with one of them, hmm…. 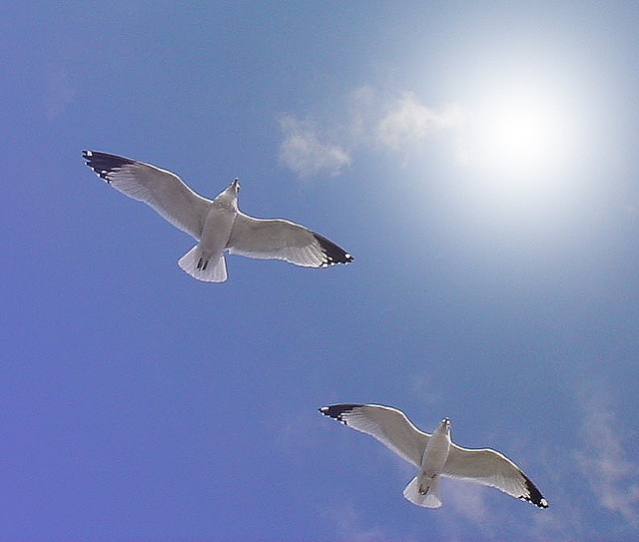 ← Let’s Not Go Take a Hike! (Or Why Clothes are Your Friend)
Blogging. And Why This Joint Looks A Mess. →

3 Comments on “What to Do When Stranded at an Airport (Hint: Free Booze)”

In the sunset of dissolution, everything is illuminated by the aura of nostalgia, even the guillotine. - Milan Kundera, The Unbearable Lightness of Being